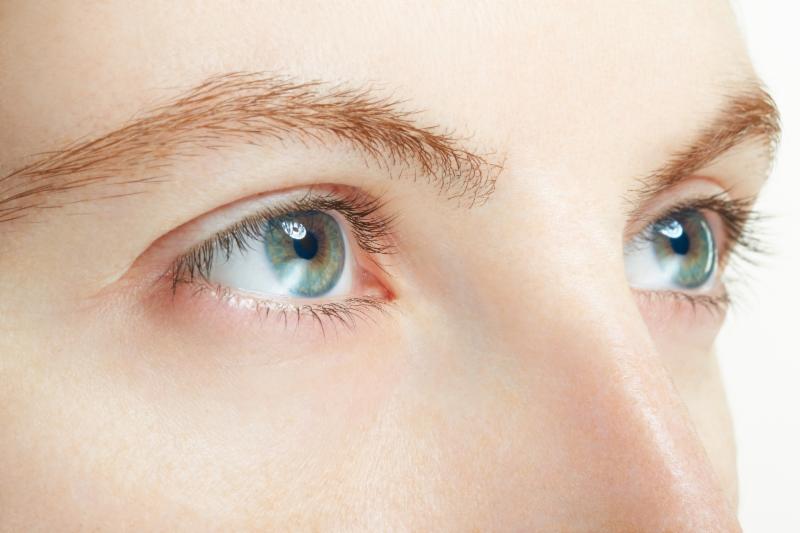 New research indicates that individuals with autism spectrum disorders (ASD) avoid eye contact not because they lack interest in interacting socially, but because making eye contact causes them to experience unpleasant arousal in the brain’s subcortical system.

Nouchine Hadjikhani and colleagues enrolled 23 individuals with ASD and 20 controls in their study, which used functional magnetic resonance imaging (fMRI) to measure brain responses. The researchers asked participants to view faces under two conditions. In the first condition they viewed the faces freely, while in the second condition they were asked to look at a cross located in the eye region of each face.

The researchers found that the two groups responded similarly during free viewing. However, participants with ASD exhibited over-activation of the face processing components of the subcortical system when they focused on the eye area.

The researchers say that constraining gaze to the eyes had the greatest effect on the amygdala in the group with ASD. The difference between the group with ASD and the controls was strongest for fearful faces, but also occurred when participants viewed happy faces. The researchers say, “This shows that the subcortical system in ASD over-reacts not only to threat-related stimuli, but also to stimuli that should be considered as positively engaging and socially rewarding.”

Hadjikhani says, “The findings demonstrate that, contrary to what has been thought, the apparent lack of interpersonal interest among people with autism is not due to a lack of concern. Rather, our results show that this behavior is a way to decrease an unpleasant excessive arousal stemming from overactivation in a particular part of the brain.”

Based on the study’s findings, Hadjikhani says that forcing individuals with autism to focus on other people’s eyes may be misguided. Instead, she says, “An approach involving slow habituation to eye contact may help them overcome this overreaction and be able to handle eye contact in the long run, thereby avoiding the cascading effects that this eye-avoidance has on the development of the social brain.”

Once again…but closer to home.

We have to pay attention and find out the “WHY” behind the action!

Being a mother of an 8yr old who was restrained and placed in isolation on Houston, I know the mind set of a child who has been broken and bullied by school staff and other students.

The emotions behind this treatment causes our children young and old to live in survivor mode.

When our school administration ignores the feelings of these students by not addressing what happened…this is what we get…another school shooting.

I know this may not get much love or likes, but we have to take into consideration there is a reason for the madness.

I have learned Texas is a state based on money and politics!

There has to be a stand for the accountability of the school staff and students!

While checking my emails today I am shocked to see an email referencing Restraint and Seclusion in our school systems. Not because it’s happening so often but because the question is, “when will it stop”?

We now have a second investigation on our behalf with the United States Civil Rights Office. This time because of the harassment, the bullying and the retaliation from the entire school district.

Now, one would think that’s awesome…and it would be if we knew it would lead to at least accountability. However, that can not be confirmed. Even thought this is the second investigation in one year, we have yet to gain the support of any entity.

We are just left broken and having pool up the pieces of our lives while school staff moves on with life. Restrained 39 times in two days, left with bruises, broken mentally….

As I struggle to not walk away…my son begins to remember the way he felt after being restrained in a “quiet room” at school.

I am reminded, he has a voice and a story…he wants to tell and should be heard.

It has been a while since I have blogged and I have no words as to why except I have been in prayer. We are under extreme scrutiny and that is okay. But this is our life after restraints.

“This is my sons story in his own words”

In the weeks following yet another mass school shooting so many parents wonder why is this happening and what can they do to prevent it. Let me express one way beginning with the school counselors at our children’s schools.

School counselors’ role is supposedly to improve your child’s academic success, career development and personal/social health. (ASCA 2016). Part of this should include helping children overcome issues that affect academics and overall wellness. Therefore counselors have an obligation to build positive relationships and rapport with ALL children in the school. Each student should trust their counselor enough to talk to him/her, which puts an adult in a position to stop violent behaviors and/or intervene in anyway possible.

Unfortunately, the role of school counselors have changed.

They are not available to counsel children because of the non-counselor duties they are given, which means they are not building relationships with the students nor any form of positive rapport. Instead they are completing state paperwork, assessments and other clerical duties.

As an advocate for my two adopted sons I recently filed a state complaint against the school counselor at our local school, for her participation in using restraints and isolation as a form of discipline for my son. The role of the school counselor are clear with the ASCA ( American School Counselor Association). School Counselors should advocate for students and NOT PARTICIPATE in any form of discipline.

What Can Parents Do?

As a society we have to try whatever we feel will work to prevent another school shooting.As parents we can start at the counselors level by demanding students have a trusted adult to talk to and can possibly stop any future violent behaviors.

Some of you follow our story closely and know the details of the harassment the boys and I have faith in the last year. For those of you who do not know keep reading as I have decided to share this part of our story and our experience with Childrens Protective services, beginning with the following blog…that was a blessing in disguise!

I decided to repress the following blog because it is only through God’s grace I was led to read it six months prior to children’s protective services investigator knocking at my door.

Having fought to adopt my boys through CPS I had no idea what it felt like to be on the other side that is until June 16, 2017.

You truly have no idea how many families are going through this and have no knowledge of how to handle it.

This year he turns 8 years old and I have to say this has to be one of the most special ones yet. We had no idea we would have a year full of trauma and turmoil but God has guided us through to this point.

So I want to thank God for a special package he gave to me 8 years ago…without a doubt or question we stepped in Help his mom and dad. And our lives have not been the same since. I know so many parents say that but I speak the truth.

As we celebrate today, I want you all to know what Alton wants for his birthday.

He wants no more racism. Being a survivor of trauma, fighting everyday to gain his life back, Alton expresses we should love each other!

We came together as a family to keep our family together. And as we realize this world is full of more hate and racism and discrimination, we feel a need to speak up and make a difference. Our battle with our school district is much bigger than us and we know it.

But today we will celebrate this little ones special day! We love you Alton!

When is it enough?

How many more children have to be traumatized and mentally broken before someone in the public school systems are held accountable?

After all the public school system is funded by government funding, right?

Does anyone really care about our children?

What about caring for Humans?

This child’s restraint incident was not reported to the state by the school so therefore no proof it happened. You will be amazed as to how many school districts are using quiet rooms, cool off rooms or other illegal small areas for students they feel need it. This is done without parents permission or even knowledge of this procedure, there are no records filed therefore there are no statistics to show the districts use of restraints or Seclusion.

Yes it is true! Asked for your child’s school’s policies and procedures especially those in discipline. Carefully read them. I’m almost positive there are none pertaining to Seclusion or Restraint. If there is, your school district may have already been investigated for this and made to change their policies by the federal government.

This article is based on my right to free speech, and is based on information from the public.

THE RIGHT TO PROTEST

The right to protest is a long-standing protection afforded by the U.S. and Texas constitutions. This right is contained both in the freedom of speech and in the freedom to assemble, which protect not only the ability to verbalize protests and engage in symbolic speech such as wearing an armband, but to arrange peaceful marches and protests on certain public lands.

These rights are not unconditional. Because the government has an interest in maintaining peace and public order, it may restrict some protest activities in certain ways.

This Know Your Rights fact sheet is intended for people who want to exercise their right to protest in order to help understand the status of the current law on this topic. However, this sheet does not cover every nuance of the law surrounding protest rights and should not be taken as legal advice. If you have specific legal questions, consult an attorney or the ACLU of Texas.

The right to protest is protected by both the U.S. Constitution and the Texas Constitution.

The First Amendment of the U.S. Constitution states that “Congress shall make no law … abridging the freedom of speech, or of the press; or the right of the people peaceably to assemble.

The Texas Constitution, in Article I, sections 8 and 27 protects the “liberty to speak, write or publish … opinions on any subject,” and “the right … to assemble.

YOUR RIGHTS IN GENERAL

These provisions protect your right to march, leaflet, parade, picket, circulate petitions and ask for signatures, and other forms of peaceful protest. You have the right to express your views in these ways regardless of how unpopular or controversial they may be.

Although these rights are afforded strong protection, how the rights are exercised may be regulated.

IF YOUR RIGHTS ARE BEING VIOLATED (ACLU)

If you believe that you are being denied your right to protest, visit our legal program page to submit a complaint.

Justice 4 One
Blog at WordPress.com.